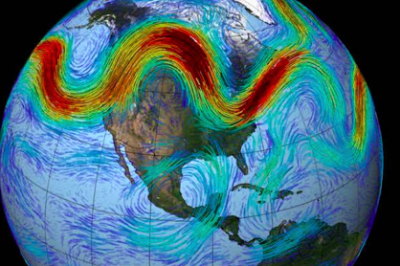 The climate movement  is a good thing.

But there is an economic reason why it is so much easier  to win a hearing  from the media on the threat of climate change than the threat of nuclear war.  — The Editors

The hidden truth behind the Climate Debate at COP25, Madrid. This article was first published in September 2019.

Climate. Now who wudda thought. The very mega-corporations and mega-billionaires behind the globalization of the world economy over recent decades, whose pursuit of shareholder value and cost reduction who have wreaked so much damage to our environment both in the industrial world and in the under-developed economies of Africa, Asia, Latin America, are the leading backers of the “grassroots” decarbonization movement from Sweden to Germany to the USA and beyond.

Is it pangs of guilty conscience, or could it be a deeper agenda of the financialization of the very air we breathe and more?

Whatever one may believe about the dangers of CO2 and risks of global warming creating a global catastrophe of 1.5 to 2 degree Celsius average temperature rise in the next roughly 12 years, it is worth noting who is promoting the current flood of propaganda and climate activism.

Several years before Al Gore and others decided to use a young Swedish school girl to be the poster child for climate action urgency, or in the USA the call of Alexandria Ocasio-Cortez for a complete reorganization of the economy around a Green New Deal, the giants of finance began devising schemes for steering hundreds of billions of future funds to investments in often worthless “climate” companies.

In 2013 after years of careful preparation, a Swedish real estate company, Vasakronan, issued the first corporate “Green Bond.” They were followed by others including Apple, SNCF and the major French bank Credit Agricole. In November 2013 Elon Musk’s problem-riddled Tesla Energy issued the first solar asset-backed security. Today according to something called the Climate Bonds Initiative, more than $500 billion in such Green Bonds are outstanding. The creators of the bond idea state their aim is to win over a major share of the $45 trillion of assets under management globally which have made nominal commitment to invest in “climate friendly” projects.

Bonnie Prince Charles, future UK Monarch, along with the Bank of England and City of London finance have promoted “green financial instruments,” led by Green Bonds, to redirect pension plans and mutual funds towards green projects. A key player in the linking of world financial institutions with the Green Agenda is outgoing Bank of England head Mark Carney. In December 2015, the Bank for International Settlements’ Financial Stability Board (FSB), chaired then by Carney, created the Task Force on Climate-related Financial Disclosure (TCFD), to advise “investors, lenders and insurance about climate related risks.” That was certainly a bizarre focus for world central bankers.

In 2016 the TCFD along with the City of London Corporation and the UK Government initiated the Green Finance Initiative, aiming to channel trillions of dollars to “green” investments. The central bankers of the FSB nominated 31 people to form the TCFD. Chaired by billionaire Michael Bloomberg of the financial wire, it includes key people from JP MorganChase; from BlackRock–one of the world’s biggest asset managers with almost $7 trillion; Barclays Bank; HSBC, the London-Hong Kong bank repeatedly fined for laundering drug and other black funds; Swiss Re, the world’s second largest reinsurance; China’s ICBC bank; Tata Steel, ENI oil, Dow Chemical, mining giant BHP Billington and David Blood of Al Gore’s Generation Investment LLC. In effect it seems the foxes are writing the rules for the new Green Hen House.

Bank of England’s Carney was also a key actor in efforts to make the City of London into the financial center of global Green Finance. The outgoing UK Chancellor of the Exchequer, Philip Hammond, in July 2019 released a White Paper, “Green Finance Strategy: Transforming Finance for a Greener Future.” The paper states, “One of the most influential initiatives to emerge is the Financial Stability Board’s private sector Task Force on Climate-related Financial Disclosures (TCFD), supported by Mark Carney and chaired by Michael Bloomberg. This has been endorsed by institutions representing $118 trillion of assets globally.” There seems to be a plan here. The plan is the financialization of the entire world economy using fear of an end of world scenario to reach arbitrary aims such as “net-zero greenhouse gas emissions.”

At this point events take on a cynical turn as we are confronted with wildly popular, heavily promoted climate activists such as Sweden’s Greta Thunberg or New York’s 29-year-old Alexandria Ocasio-Cortez and the Green New Deal. However sincere these activists may be, there is a well-oiled financial machine behind promoting them for gain.

Greta Thunberg is part of a well-connected network tied to the organization of Al Gore who is being cynically and professionally marketed and used by such agencies as the UN, the EU Commission and the financial interests behind the present climate agenda. As Canadian researcher and climate activist, Cory Morningstar, documents in an excellent series of posts, what is at stake is a well-knit network that is tied to US climate investor and enormously wealthy climate profiteer, Al Gore, chairman of Generation Investment group.

Gore’s partner, ex-Goldman Sachs official David Blood as noted earlier, is a member of the BIS-created TCFD. Greta Thunberg along with her 17-year-old US climate friend, Jamie Margolin, were both listed as “special youth advisor and trustee” of the Swedish We Don’t Have Time NGO, founded by its CEO Ingmar Rentzhog. Rentzhog is a member of Al Gore’s Climate Reality Organization Leaders, and part of the European Climate Policy Task Force. He was trained in March 2017 by Al Gore in Denver, and again in June 2018, in Berlin. Al Gore’s Climate Reality Project is a partner of We Don’t Have Time.

Congresswoman Alexandria Ocasio-Cortez (AOC), who made a huge splash in her first days in the US Congress for unveiling a “Green New Deal” to completely reorganize the US economy at a cost of perhaps $100 trillion, is also not without skilled guidance. AOC has openly admitted that she ran for Congress at the urging of a group called Justice Democrats. She told one interviewer, “I wouldn’t be running if it wasn’t for the support of Justice Democrats and Brand New Congress. Umm, in fact it was it was these organizations, it was JD and it was Brand New Congress as well, that both, that asked me to run in the first place. They’re the ones that called me a year and a half ago…” Now, as Congresswoman, AOC’s advisers include Justice Democrats co-founder, Zack Exley. Exley was an Open Society Fellow and got funds from among others the Open Society Foundations and Ford Foundation to create a predecessor to Justice Democrats to recruit select candidates for office.

The Real Agenda is Economic

The links between the world’s largest financial groups, central banks and global corporations to the current push for a radical climate strategy to abandon the fossil fuel economy in favor of a vague, unexplained Green economy, it seems, is less about genuine concern to make our planet a clean and healthy environment to live. Rather it is an agenda, intimately tied to the UN Agenda 2030 for “sustainable” economy, and to developing literally trillions of dollars in new wealth for the global banks and financial giants who constitute the real powers that be.

In February 2019 following a speech to the EU Commission in Brussels by Greta Thunberg, then-EU Commission President Jean-Claude Juncker, after gallantly kissing Greta’s hand, appeared to be moved to real action. He told Greta and the press that the EU should spend hundreds of billions of euros combating climate change during the next 10 years. Juncker proposed that between 2021 to 2027, “every fourth euro spent within the EU budget go toward action to mitigate climate change.” What the sly Juncker did not say was that the decision had nothing to do with the young Swedish activist’s plea. It had been made in conjunction with the World Bank a full year before in September 26, 2018 at the One Planet Summit, along with the World Bank, Bloomberg Foundations, the World Economic Forum and others. Juncker had cleverly used the media attention given the young Swede to promote his climate agenda.

Make no mistake. When the most influential multinational corporations, the world’s largest institutional investors including BlackRock and Goldman Sachs, the UN, the World Bank, the Bank of England and other central banks of the BIS line up behind the financing of a so-called green Agenda, call it Green New Deal or what, it is time to look behind the surface of public climate activist campaigns to the actual agenda. The picture that emerges is the attempted financial reorganization of the world economy using climate, something the sun and its energy have orders of magnitude more to do with than mankind ever could—to try to convince us ordinary folk to make untold sacrifice to “save our planet.”

Back in 2010 the head of Working Group 3 of the UN Intergovernmental Panel on Climate Change, Dr Otmar Edenhofer, told an interviewer, “…one must say clearly that we redistribute de facto the world’s wealth by climate policy. One has to free oneself from the illusion that international climate policy is environmental policy. This has almost nothing to do with environmental policy anymore, with problems such as deforestation or the ozone hole.” Since then the economic policy strategy has become far more developed.

F. William Engdahl is strategic risk consultant and lecturer, he holds a degree in politics from Princeton University and is a best-selling author on oil and geopolitics, exclusively for the online magazine “New Eastern Outlook.” He is a frequent contributor to Global Research.

by MLToday time to read: 8 min 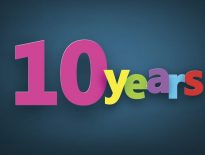 Commentary A Decade Ends: Does It Leave a Legacy? 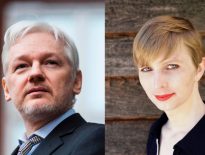