Asked if his pursuit and for a more egalitarian society meant he envisioned a “Marxist type of society,” the pontiff quipped “it is the communists who think like Christians.”

Pope Francis has been celebrated for his efforts to reorient the Catholic Church into one at the service of the poor, but for this he has also been vilified as a wolf in sheep’s clothing, a closet Marxist.

It is a label the pontiff himself has explicitly rejected but he has always stopped short of condemning communists and has even embraced social movements that espouse Marxist thought.

Asked if his pursuit and support for a more egalitarian society meant he envisioned a “Marxist type of society,” the pontiff said in response, “If anything, it is the communists who think like Christians.”

“Christ spoke of a society where the poor, the weak and the marginalized have the right to decide. Not demagogues, not Barabbas, but the people, the poor, whether they have faith in a transcendent God or not. It is they who must help to achieve equality and freedom,” he said.

The pontiff made the statement just days after hosting the Third World Meeting of Popular Movements in Rome — a gathering of activists, trade unionists, Indigenous and environmentalist groups from over 60 countries — and shortly before the U.S. elected Donald Trump as president.

Despite coming before the results of the U.S. election were known, the pontiff showed he had his finger on the pulse of U.S. electorate.

Speaking about a prevailing anti-immigrant and anti-refugee sentiment, Pope Francis said, “Unfortunately, often these policies are opposed by populations that are afraid of losing jobs and of lower wages. Money is against the poor as well as against immigrants and refugees, but there are also poor people in rich countries who fear the arrival of their fellows from poor countries. It is a vicious circle and it must be broken.”

Though Pope Francis refused to cast judgment on Trump himself, he rejected the political viewpoints he defends.

“We must break down the walls that divide us: we must try to increase well-being and make it more widespread, but to achieve this we need to break down walls and build bridges that allow us to reduce inequality and increase freedom and rights,” said Pope Francis.

The pontiff’s comments to La Repubblica echoed the speech he delivered to the Third World Meeting of Popular Movements last week, where he called on attendants to work for change so their governments are more welcoming to immigrants and refugees.

“No one should be forced to flee his or her homeland … But the evil is doubled when, facing terrible circumstances, the migrant is thrown into the clutches of human traffickers to cross the border. And it is tripled if, arriving in the land where he or she hoped to find a better future, one is despised, exploited or even enslaved,” he said.

At the event, Pope Francis also called on activists “to revitalize, to re-found the democracies that are going through a crisis” as a result of the concentration of power in the hands of elites.

“The gap between the peoples and present-day forms of democracies is widening ever-more due to the enormous power of economic and mediatic groups that seem to dominate,” said Pope Francis, who added that people should avoid efforts by the powerful to manipulate public fears.

“Because fear, besides being good business for merchants of weapons and death, weakens and destabilizes us, destroying our psychological and spiritual defenses, anesthetizing us to the suffering of others and, in the end, making us cruel,” said the pope.

The pope’s outlook represents a break from his predecessors in that he seeks the greater involvement of Catholics in politics, but not in support of wedge issues but rather in service of the oppressed.

“Do not fall into the temptation of being put into a box that reduces you to secondary actors or, worse, to mere administrators of the existing misery,” Pope Francis told the gathering of activists. 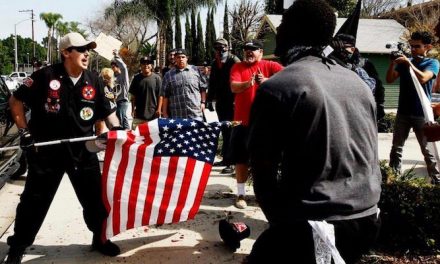