The process of Donald Trump’s meeting with Kim Jong Un was as singular as the event itself. His ignorance, incompetence and egomania moved him from “fire and fury” and “little rocket man” to scheduling a meeting to cancelling the meeting to finally holding the summit. But a process has begun which might free two nations from American threats and put them in charge of their own destiny. The Democrats are left with nothing except attacking Trump from the right.

The Democrats like war, interventions and United States hegemony. They always have. If anyone wants proof they need only look at their collective hissy fit regarding the Trump and Kim summit. Part of the reaction is caused by fear of Trump getting credit for a foreign policy achievement. But Democrats are also true believers in imperialism. The last thing they want to see is any reduction in the American military presence in Korea or anywhere else.

There are many parties to thank for bringing about a possibility of peace in the region. The two Koreas themselves, the Democratic Peoples Republic of Korea in the north and the Republic of Korea in the south have made great strides towards peacefully co-existing. Their neighbors China and Russia have also played a role in minimizing tensions. Republic of Korea President Moon Jae-In  made a positive statement about the Trump and Kim agreement and called it “a historic event that has helped break down the last remaining cold war legacy on earth.” Corporate media make no mention of his support for the possibility of a diplomatic breakthrough.

Not one member of the Democratic Party has acknowledged that South Korea is supportive of a process that impacts it most directly. Democratic senators Tammy Duckworth and Chris Murphy have actually proposed an amendment to the National Defense Authorization Act (NDAA ) that would require Pentagon approval for Trump to remove any of the nearly 30,000 American troops stationed there.

The so-called double freeze, which was encouraged by China and Russia, promised a cessation of nuclear testing in exchange for an end to the war games. For good measure Trump added the possibility of a future removal of United States troops. The only downside to these proposals is that they are overseen by the impulsive and unpredictable Donald Trump.

If Democrats were as progressive as they claim to be  they would pressure Trump to follow through and end the 70-year old American intervention in Korea. But they support America’s professed right to invade and intervene in the affairs of countries all over the world, The bipartisan war making consensus is in full effect. Russia and China share borders with North Korea but the pundits and politicians disregard them and their rights to engage with their neighbors.

Democratic Party imperialists like Rachel Maddow  point out Russia’s proximity to Korea as proof of evil intent. The highest rated cable television talk show host dispenses war propaganda to millions of people every day with idiotic and dangerous comments.“Russia is also increasingly straining at its borders right now and shoving back U.S. and western influence, especially U.S. and western military presence anywhere near what it considers to be its own geopolitical interests. And one of the things that they started to loudly insist on is that the U.S. drop those joint military exercises with South Korea.”

Of course Russia asserts its own geopolitical interests. Every nation wants to do that. Inane remarks from the likes of Maddow are a standard talking point for the Democrats. They eagerly uphold the model of the United States as world’s police force as much as the Republicans do.

The two war parties and their partners in media conspire to keep Americans ignorant. Even people who strive to stay informed have no idea that their government’s actions are resisted around the world. They are unaware that China and Russia are jointly leading a process to escape dollar dominion and strengthen their own economic sphere of influence. People who call themselves liberal recoil at the idea that other nations should be able to assert their rights of sovereignty. It is considered a given, an accepted dogma, that the United States ought to have 800 military facilities in the rest of the world.

In his own contradictory way Donald Trump provides an opportunity to begin a new conversation. Americans suffer very directly from the military industrial complex. Defense spending steals money that should be used to meet their needs. The United States military presence all over the world causes suffering to millions of other people. The entire paradigm needs to be changed, but Trump derangement and adherence to beliefs in Manifest Destiny prevent a conversation from ever taking place.

There is no good reason for 30,000 United States troops to be in Korea at all. Anyone calling themselves progressive need to point this out. Of course the Korea situation exposes a larger problem and that is the need to break free from the two major political parties who agree more often than they disagree. Every opportunity for sovereignty and equality among nations must be enthusiastically supported. The conversation shouldn’t be dismissed because Trump’s contradictions brought it into being. The power of the war party must finally come to an end. 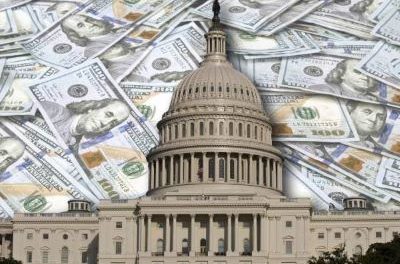