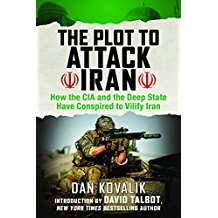 The Plot to Attack Iran: How the CIA and the Deep State Have Conspired to Vilify Iran by Dan Kovalik, foreword by David Talbot.

Dan Kovalik, human rights attorney and author, whose work is frequently featured on this web site,  is coming out with a new book. It  could not be more timely, given the Trump Administration’s appointment of  anti-Iran hawks Michael Pompeo and John Bolton to top foreign policy posts.

Pre-publication advertising states: Iran, once known as Persia, is one of the oldest nations on earth. It has a rich history and a unique culture, and is bordered by seven countries, the Caspian Sea, and the Persian Gulf. It is literally the intersection of many countries and many worlds. It has a population of eighty million people and occupies a space nearly the size of Alaska, the largest US state; it is the seventeenth largest country in the world. Over the past century, Iran’s greatest resource, and at the same time its greatest curse, has been its oil. For it is oil that has caused the United States and other world powers to systematically attempt to destroy Iran.

After a greedy Iranian monarch sold all of Iran’s oil and natural gas reserves to a British financier in 1901, the West started just one of its many invasions and exploitations of the country. The 1953 coup that deposed the democratically-elected prime minister for a US-selected shah? Sold to average American citizens as a necessity to protect democracy and guard against communism. In reality, it was America’s lust for Iranian oil and power that installed the tyrannical shah. The Iranian hostage crisis that miraculously ended with Ronald Reagan’s inauguration as president? Evidence shows that Reagan negotiated with the hostage-takers to hold the hostages until his inauguration.

Using recently declassified documents and memos, as well as first-hand experience of the country, critically-acclaimed author Dan Kovalik will change the way you think about Iran, and especially what you think of US interference there. Learn how the United States vilifies its enemies, and accuses them of unspeakable horror to mask its own terrible crimes. Not only does the illuminating and important The Plot to Attack Iran delve into the current incendiary situation, but it also predicts what could happen next, and what needs to be done before it is too late.

Date of paperback publication is June 18, 2018.  A pre-publication discount is  available at Amazon. 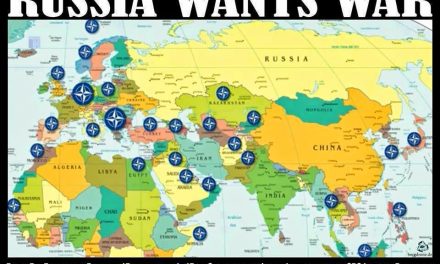