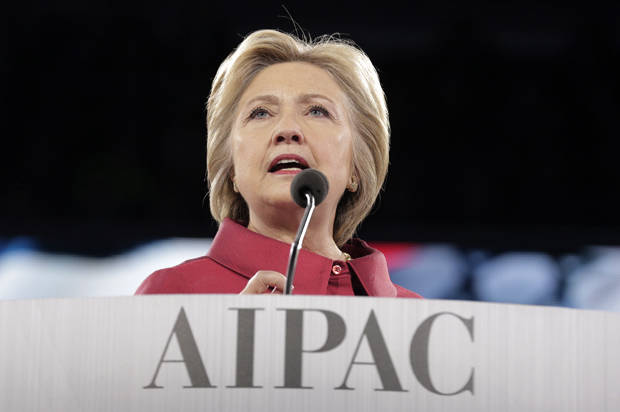 Pulitzer Prize-winning journalist, and one of the founding editors of The Intercept,  Glenn Greenwald looks at the foreign policies of Hillary Clinton and Donald Trump.

“You have President Obama, who himself has been very militaristic—he has bombed seven predominantly Muslim countries in the last seven years—and yet Secretary Clinton’s critique of his foreign policy is, in every case, that he’s not aggressive enough, he’s not militaristic enough,” Greenwald said. “And in Syria, in particular, they seem to really be itching to involve the U.S. a lot more directly and a lot more aggressively in that conflict.”

AMY GOODMAN: This is Democracy Now!, democracynow.org, The War and Peace Report. I’m Amy Goodman. We’re continuing our conversation with Glenn Greenwald, the Pulitzer Prize-winning journalist, one of the founding editors of The Intercept. InPart 1, we discussed the U.S. elections, also the impeachment trial of the suspended Brazilian President Dilma Rousseff. Today we’re going to Part 2 of the conversation.

Glenn Greenwald recently wrote an article, “Hillary Clinton’s Likely Pentagon Chief Already Advocating for More Bombing and Intervention.” We spoke to him at his home in Rio de Janeiro, Brazil, and I asked Glenn to talk about the article and just who Michèle Flournoy is.

GLENN GREENWALD: She, by all accounts, is the clear front-runner to be the Pentagon chief under Hillary Clinton. She was probably the second-place finisher the last time that President Obama chose a Defense Department chief, when he chose Ash Carter. She’s sort of this prototypical Pentagon technocrat, who has been integrated into bipartisan military policy for a long time, so very much along the lines of how Hillary Clinton views foreign policy and military policy.

And one of the most notable parts of Clinton’s approach to foreign policy that has gotten relatively little attention is that one of the few areas where she has been openly critical of President Obama has been by complaining that he’s been insufficiently militaristic or belligerent or aggressive in a number of areas, in particular, in Syria, where she criticized him in her book and then also in various interviews for not doing enough in Syria to stop the Syrian dictator, Assad, from brutalizing the Syrian people. She has advocated—Secretary Clinton has—a no-fly zone, which could lead to military confrontation with Russia, who’s flying over Syria. And then Michèle Flournoy, in an interview, made clear that she not only believes in a no-fly zone, but also more active boots on the ground in Syria, American boots on the ground.

And given that the Russians are already there, that there is ISISthere, that there are al-Qaeda elements, that there’s still a civil war ongoing, it would be extremely dangerous to involve the U.S. further in military involvement in Syria. And yet, you have President Obama, who himself has been very militaristic—he has bombed seven predominantly Muslim countries in the last seven years—and yet Secretary Clinton’s critique of his foreign policy is, in every case, that he’s not aggressive enough, he’s not militaristic enough. And in Syria, in particular, they seem to really be itching to involve the U.S. a lot more directly and a lot more aggressively in that conflict.

AMY GOODMAN: And how do you think Donald Trump’s foreign policy would be carried out?

GLENN GREENWALD: It’s always difficult to say what Donald Trump’s policy would be, because he has very few cogent ideas that remain constant from one day to the next. But if there’s any ideological strain that’s identifiable in Trump’s statements, not just over the campaign but over the year—the years, it does seem to be that he comes from this kind of more nativist, isolationist strain of American politics represented by Pat Buchanan, previously by Charles Lindbergh, this American-first ideology that says that the U.S. should never involve itself in military conflicts to nation-build or to help people or to prevent oppression; it should only do so when there’s a direct threat to the United States that needs to be engaged.

And so, Trump’s attitude has very much been along those lines in Syria, which is to say, “Let the Russians continue to bomb ISIS. Let the Russians continue to bomb Assad’s enemies,” many of whom, in Trump’s view, are al-Qaeda elements. “There’s no reason for the United States to engage in any of that. And the only thing the U.S. should be doing in Syria,” he says, “is directly attacking ISIS,” where he wants even greater bombing than Obama has already ordered.

And so, in one sense, he’s calling for more limited involvement in Syria by limiting the United States’ military action only to ISIS and letting the Russians handle everything else, but on the other hand, he’s calling for massive bombing, the use of torture, other forms of war crimes in killing, targeting suspect—terror suspects’ family members, in order to fight ISIS. And so, it’s very difficult to say whether it’s more militaristic or less. It’s probably some combination of both, to the extent that it can be predicted at all.