Occupied Palestine, 23 November 2010 Â The Palestinian Boycott, Divestment and Sanctions National Committee (BNC) urges the French government to immediately cease all undemocratic, repressive measures against its own conscientious citizens who promote or engage in non-violent boycotts, divestment and sanctions (BDS) campaigns against Israel until it complies with international law.

The BNC also calls upon the State of France to respect its own legal obligations under international law, cease its role as the EU’s largest supplier of military equipment to Israel, and undertake further measures, including sanctions, in order to bring to an end Israel’s unlawful regime of occupation, colonialism and apartheid over the Palestinian people.

The BDS Campaign is an effective, legal and morally grounded, non-violent strategy whose necessity has been affirmed not only by Palestinian civil society, but also by independent legal scholars and UN human rights experts.

The BNC hereby reaffirms its unflinching support for the persecuted French activists and calls upon people of conscience and the BDS movement everywhere to redouble support of those facing shameful state repression.

On October 14, following a large demonstration outside the courtroom and a global display of solidarity with the accused BDS supporters, a French court dismissed charges of "incitement to discrimination, hatred or violence" brought against Senator Alima Boumediene-Thiery and prominent activist Omar Slaouti following their participation in actions promoting the boycott of Israel.[1]

However, a Â1000 fine against campaigner Sakina Arnaud for attaching a "Boycott Israel" sticker to a fruit juice carton was upheld the following week.[2]

On November 29, the UN International Day of Solidarity with the Palestinian People, no fewer than twelve French BDS activists will appear in court in Mulshouse to face similar charges.[3] Further trials are due to take place in Spring and Summer of 2011.

All charges against BDS activists have been brought by the state in response to complaints filed by pro-Israel lobby groups. The self-styled Bureau National de Vigilance Contre l’Antisemitisme (BNCVA) and other pro-Israel groups claim to have filed over 80 complaints.[4]

Stephane Hessel, a Nazi concentration camp survivor and a renowned diplomat who participated in the drafting of the Universal Declaration of Human Rights, has had a complaint filed against him, as well, for his outspoken support of BDS.[5]

The BNC has previously criticised the French Prime Minister for making unfounded and inflammatory insinuations about the movement to boycott Israel.[6] According to activists, police regularly demand the names and addresses of those present at BDS demonstrations.

Palestinian civil society, as broadly represented in the BNC, is astounded that the French state would allow a Senator to face criminal charges for exercising her basic democratic right to voice support for and act non-violently on behalf of Palestinian rights and would repress the freedoms of its own citizens.

This alarming wave of state repression in a country of the weight of France is a strong indicator that, under Israeli pressure, some European governments are ready to suspend democratic principles and betray civil rights when it comes to protecting Israeli war crimes and other infringements of international law from censure and accountability.

This complicity in covering up Israel’s violations of international law is compounded by the French government’s cynical attempts to confuse opposition to the policies of Israel, a state practicing occupation and apartheid, with "hate" and "discrimination" against any ethnic or religious group.

The global BDS campaign is based on the 2005 Palestinian BDS Call, which unambiguously opposes all forms of racism, including anti-Semitism and Islamophobia. The Palestinian-led BDS movement has campaigned with utmost moral consistency against the state of Israel because of its multi-tiered system of oppression against the Palestinian people and its persistent violations of international law. No consideration whatsoever is given in the BDS movement to ethnicity, nationality, religion, gender or any identity attribute.

Following appeals by French activist groups and the BNC, the global BDS movement and civil society in general have lent their full and visible support to the French BDS movement. Solidarity demonstrations have taken place outside French embassies and in other prominent public areas in Scotland, Ireland, Italy and Sweden.[7]

Activists from all over France and Belgium attended a demonstration outside the court at which Senator Alima Boumediene-Thiery and activist Omar Slaouti were acquitted. Solidarity messages were sent by parliamentarians and campaigners from all over the world. French embassies received letters of complaint. French activists are convinced that such solidarity is an effective form of resistance against state repression.

The BNC therefore calls upon people of conscience and the global BDS movement to:

* Organise open letters, petitions and demonstrations targeted at French embassies in their local area to protest this repression of basic civil rights.

* Include in their actions and videos marking the UN International Day of Solidarity with the Palestinian People visible forms of support for the French activists; for example, banners and slogans used by the French campaign against state repression of BDS such as "I Boycott Too! Sue Me!".[8]

* Send further messages of solidarity and support to French activists via frenchsolidarity@bdsmovement.net congratulating them for vowing to escalate their actions.

* Where feasible, consider attending the solidarity demonstration outside the 29 November court case in Mulhouse, eastern France.[9]

The BNC also calls upon the government of France not only to respect civil rights and its obligations under international law, but also to utilize the occasion of the UN International Day of Solidarity with the Palestinian People to condemn Israel’s systematic violation of the inalienable rights of the Palestinian people, including through its institutionalised racism against its Palestinian citizens, continued expansion of its colonial enterprise, and the protracted denial of the right of the Palestinian refugees to return to their homes and properties.

On this day, France should cease military cooperation with and take further measures, including sanctions, against Israel, rather than prosecute its own citizens for standing up for the universal principles of human rights.

The French BDS activists, like their counterparts all over the world, must be commended, not punished, for upholding the French Revolution’s slogan of liberte, egalite, fraternite, by contributing to the struggle to end Israel’s occupation and legalized racial discrimination as well as by standing in fraternal solidarity with the Palestinian people in its struggle for self determination, justice and equality for all.

[3] http://bdsfrance.org/index.php?option=com_content&view=article&id=249:so… Included in the twelve are the five members of "Boycott 68" who were referred to by the BNC statement of September 9 as being due to appear in court September 13. The case was adjourned. 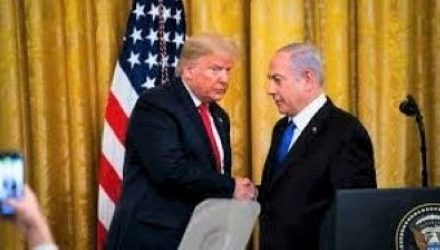 The US and Israel Assassinate Peace