“They want me on, as long as I talk about Russia. And I said, ‘What about black voters?’ ‘Well that’s race issues.’ The reason I’m allowed on MSNBC is because I’m with people like Joy Reid and Al Sharpton and others. Where’s the pale-faced guys? Because they consider the vote theft issue a racial issue, and that ain’t their viewers.” Greg Palast

The corporate media and their friends in the Democratic Party are whipping up so much hatred and disinformation that it is almost impossible to discuss Russia or its president, Vladimir Putin.

Putin is a multi-purpose villain. He is blamed for the vote theft conducted by white Americans against black people that resulted in the Donald Trump presidency.

Because so much of the ginned up vitriol is conducted on orders from the Democratic Party, black people have joined in spreading the misinformation. The headline for a recent article in The Root proclaimed , “Evidence Shows Hackers Changed Votes in the 2016 Election but No One Will Admit It.” The alleged hackers in the story are said to be Russian. But apparently too much was alleged in this piece because The Root later removed the article with a disclaimer . “This story was an opinion piece asserting there was evidence that hackers changed votes in the 2016 election. However, a number of statements in the piece are disputed by experts. As a result, we have pulled it down for editorial review, and will update it once that review is completed.”

What is clear is that the Republicans stole the 2016 election for Donald Trump with a combination of voter suppression and outright theft directed against black people. Trump supposedly won the state of Michigan) by a 10,000 vote margin, but more than 75,000 votes  cast in majority black cities Flint and Detroit went uncounted because of “malfunctioning” voting machines. An additional 449,000 voters in that state were purged from the rolls through the infamous Crosscheck  system.

The National Security Agency (NSA) planted a story of Russians breaching voting data. That claim was and is still denied by some of the states alleged to be victims. Like almost every other charge lodged against Russia there is no corroboration from a disinterested source. It is true that the state of Georgia mysteriously deleted voter data from servers.That happened because the scope of vote theft carried out with a paperless and easily hackable voting machine was about to be revealed in a lawsuit.

But all talk of stolen elections is forbidden in this country, even though it happens on a regular basis. While Republicans are the vote thieves the Democrats say little or nothing about the resulting defeats and the loss of their most loyal constituents’ citizenship rights. That is just one of the reasons they need to flog the Russiagate horse incessantly. They have nothing else to offer and are no more eager than Republicans to be associated with black people. They want our votes, but if we aren’t allowed to vote at all they pretend not to know.

Root columnist Michael Harriott writes eloquently about the Republican vote theft schemes that guarantee victory for them. He rightly points out that purges of black voters  are accelerating with millions of people at risk of losing their rights. But he lost objectivity when he claimed that Russian hackers breached voting systems and actually changed votes. Even Robert Mueller says that did not happen. But the trauma of the Trump presidency and the irresponsible behavior of those explaining away their role in the debacle creates bad journalism. In the retracted piece Harriott actually uses the obsolete word Soviet not once but four times. Apparently the correct word Russian isn’t scary enough.

The 2016 election is a story of miscalculation by many people. Trump didn’t think he would win, the media who gave him free air time did so because they didn’t think he would win, and Hillary Clinton was so certain of victory that she didn’t campaign in the states that flipped and gave him an electoral college win. A sustained get out the vote effort and protection of the franchise by the Democrats might have countered the electoral larceny that made Trump the 45th president.

Who are the real villains in the story of the 2016 presidential election? Hillary Clinton, the Democratic National Committee, the greedy “consultants” who made off with $1 billion in campaign funds and still didn’t get their person into office, and Republicans who have perfected vote thievery. They will strike again and they will do so without any help from Vladimir Putin. 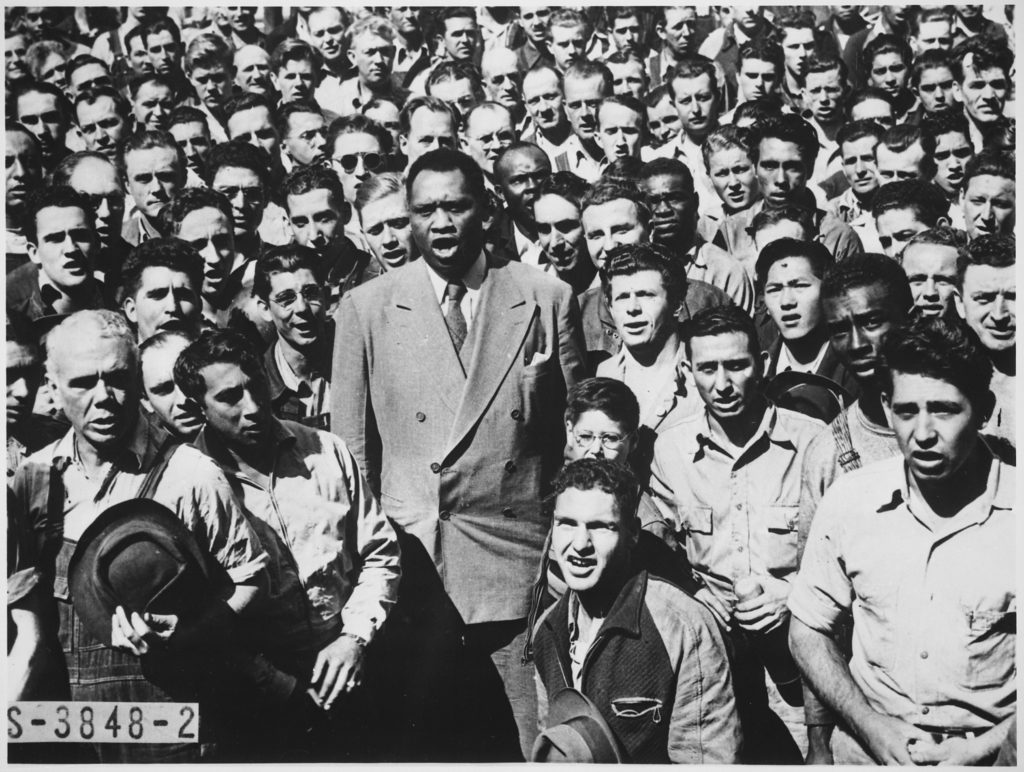 Struggles for Equality Black Radicalism, Repression, and the “Horne Bio…

Struggles for Equality Angola in Louisiana: Proving Ground for Racialized…
0