The Ax Always Falls on the Most Vulnerable: Pakistan Demands Debt Cancellation and Climate Justice 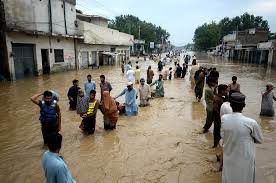 More than 1,700 people have been killed in floods that continue to submerge parts of Pakistan. Amid this crisis, activists are demanding debt cancellation and climate reparations.

Even as the floodwaters have receded, the people of Pakistan are still trying to grapple with the death and devastation the floods have left in their wake. The floods that swept across the country between June and September have killed more than 1,700 people, injured more than 12,800, and displaced millions as of November 18.

The scale of the destruction in Pakistan was still making itself apparent as the world headed to the United Nations climate conference COP27 in Sharm el-Sheikh, Egypt, in November. Pakistan was one of two countries invited to co-chair the summit. It also served as chair of the Group of 77 (G77) and China for 2022, playing a critical role in ensuring that the establishment of a loss and damage fund was finally on the summit’s agenda, after decades of resistance by the Global North.

By the first week of September, pleas for help were giving way to protests as survivors, living under open skies and on the sides of highways, were dying of hunger, illness, and lack of shelter.

Parts of the Sindh province, which was hit the hardest, including the districts of Dadu and Khairpur remained inundated until the middle of November. Meanwhile, certain areas of impoverished and predominantly rural Balochistan, where communities have been calling for help since July, waited months for assistance.

“Initially the floods hit Lasbela, closer to Karachi [in Sindh], so people were able to provide help, but as the flooding spread to other parts of Balochistan the situation became dire,” Khurram Ali, general secretary of the Awami Workers Party (AWP), told Peoples Dispatch. “The infrastructure of Balochistan has been neglected, the roads are damaged, and dams and bridges have not been repaired.”

The floods precipitated a massive infrastructural collapse that continues to impede rescue and relief efforts—more than 13,000 kilometers of roads and 439 bridges have been destroyed, according to a November 18 report by the National Disaster Management Authority (NDMA), Pakistan.

Speaking to Peoples Dispatch in September, Taimur Rahman, secretary-general of the Mazdoor Kissan Party (PMKP), said that the government had been “unable to effectively provide aid on any large scale, or to ensure that it reached where it was supposed to go.” This has also led to the emergence of profiteering, as gangs seize aid from trucks and sell it, Rahman added.

In these circumstances, left and progressive organizations such as the AWP and PKMP have attempted to fill the gaps by trying to provide people with basic amenities to survive the aftermath of this disaster.

On September 17, the WHO warned of a “second disaster” in Pakistan—“a wave of disease and death following this catastrophe, linked to climate change.”

The WHO has estimated that “more than 2,000 health facilities have been fully or partially damaged” or destroyed across the country, at a time when diseases such as COVID-19, malaria, dengue, cholera, dysentery, and respiratory illnesses are affecting a growing share of the population. More than 130,000 pregnant women are in need of urgent health care services in Pakistan, which already had a high maternal mortality rate even prior to the floods.

Damage to the agricultural sector, with 4.4 million acres of crops having been destroyed, has stoked fears of impending mass hunger. In a July report by the World Food Program, 5.9 million people in Balochistan, Khyber Pakhtunkhwa, and Sindh provinces were already estimated to be in the “crisis” and “emergency” phases of food insecurity between July and November 2022.

At present, an estimated 14.6 million people will be in need of emergency food assistance from December 2022 to March 2023, according to the United Nations Office for the Coordination of Humanitarian Affairs. Malnutrition has already exceeded emergency threshold levels in some districts, especially in Sindh and Balochistan.

Not only was the summer harvest destroyed but the rabi or winter crops like wheat are also at risk, as standing water might take months to recede in some areas, like Sindh. Approximately 1.1 million livestock have perished so far due to the floods.

This loss of life and livelihood has taken place against the backdrop of an economic crisis, characterized by a current account deficit and dwindling foreign exchange reserves.

As part of its attempt to resume a stalled $6 billion bailout program with the fund, Pakistan’s government imposed a hike in fuel prices and a rollback on subsidies in mid-June.

“The conditions that the IMF placed on us exacerbated the inflation and cost of living crisis,” explained Rahman. “They imposed on Pakistan tax policies that would try to balance the government’s budget on the one hand, but on the other really undermine the welfare of the people and cause such a catastrophic rise in the cost of living that it would condemn millions of people to poverty and starvation.”

By the end of August, the IMF had approved a bailout of more than $1.1 billion. By then, Pakistan’s consumer price index had soared to 27.3 percent, the highest in nearly 50 years, and food inflation increased to 29.5 percent year-on-year. By September, prices of vegetables were up by 500 percent.

“We went to the IMF for $1.1 billion, meanwhile, the damage to Pakistan’s economy is at least $11 billion,” said Rahman. The figure for the damages caused due to the floods now stands at $40 billion, according to the World Bank. “The IMF keeps telling us to lower tariff barriers, to take away subsidies, to liberalize trade, make the state bank autonomous, to deregulate private capital and banking, and to balance the budget,” he added.

“The ax always falls on the most vulnerable,” Rahman said. “Over half of the budget, which in itself is a small portion of the GDP, goes toward debt repayment, another quarter goes to the military and then there’s nothing left. The government is basically bankrupt.”

“The advice of the IMF is always the same—take the state out, let the private market do what it does. Well, look at what it has done: it has destroyed Pakistan’s economy. … Imposing austerity at a time when Pakistan is coping with such massive floods and the economy is in freefall is the equivalent of what the British colonial state did during the Bengal famine—it took food away.”

Pakistan will be forced to borrow more money to pay back its mounting debt, all while IMF conditions hinder any meaningful recovery for the poor and marginalized. The fund has now imposed even tougher conditions on Pakistan to free up $3.5 billion in response to the floods, not nearly large enough to address $30 billion worth of economic damage. The conditions include a hike in gas and electricity prices as well as cuts in development spending.

It is in this context that activists are demanding a total cancellation of debt, and climate reparations for Pakistan.

The Global North must pay

Between 2010 and 2019, 15.5 million Pakistanis were displaced by natural disasters. Pakistan has contributed less than 1 percent to global greenhouse gas emissions, but remains at the forefront of the climate crisis.

Delivering the G77 and China’s opening statement at COP27, Pakistan’s Ambassador Munir Akram emphasized, “We are living in an era where many developing countries are already witnessing unprecedented devastating impacts of climate change, though they have contributed very little to it…”

“Enhanced solidarity and cooperation to address loss and damage is not charity—it is climate justice.”

In its February report, the UN Intergovernmental Panel on Climate Change acknowledged that “historical and ongoing patterns of inequity such as colonialism” have exacerbated vulnerability to climate change. Yet, even as the Global South faces an existential threat, the Global North actively impedes efforts toward redressal.

“Reparations are about taking back [what] is owed to you,” environmental lawyer Ahmad Rafay Alam told Peoples Dispatch. “As the climate crisis grows… this discourse [of reparations] is going to get stronger. It’s not just going to come from Pakistan, we will hear it from places like Afghanistan where people don’t have the infrastructure and are freezing in the winter… We’ll hear it as the Maldives and the Seychelles start sinking.”

While this struggle plays out globally, there is also justifiable anger within Pakistan over the government’s failure to prepare for the crisis, especially in the aftermath of the deadly floods of 2010.

“Everyone anticipated that this monsoon would be disastrous, and the National Disaster Management Authority had enough time to prepare,” Ali said. “However, there is nothing you can find that [shows what] the NDMA did to prepare for these monsoons. In fact, they do not even have a division to take precautionary measures.”

Holding the government accountable for its lack of preparedness, which might have contained the damage, is crucial, Alam said. However, given the sheer scale of the impact of the climate crisis on the Global South, talking about adaptation has its limitations. As Alam stressed—“There is just no way you can adapt to a 100-kilometer lake that forms in the middle of a province.”

Activists are drawing attention to infrastructure projects the state is pursuing, and how they put the environment and communities at risk. “As reconstruction takes place it is important not to repeat the mistakes of the past,” Alam said.

“The projects that are affecting riverbeds and other sensitive areas are the development projects themselves,” Ali said. He pointed out that development often takes place on agricultural or ecologically sensitive land such as forests, adding to the severity of future crises.

“It is a very dangerous situation now because imperialist profit-making is devastating the climate, affecting regions that are already maldeveloped. We are living under semi-feudal, semi-colonial conditions in Pakistan, with a strong nexus between the imperialist powers and the capitalists, all making money off our misery,” Ali stressed.

-Tanupriya Singh is a writer at Peoples Dispatch and is based in Delhi.

This article was produced in partnership by Peoples Dispatch and Globetrotter. 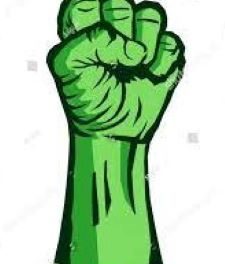 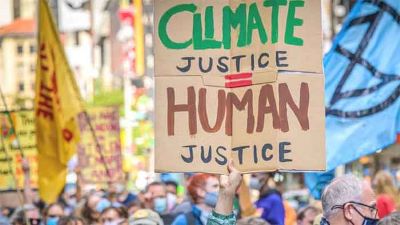 The West Is Using COP27 to Shift Blame to Poorer Nations