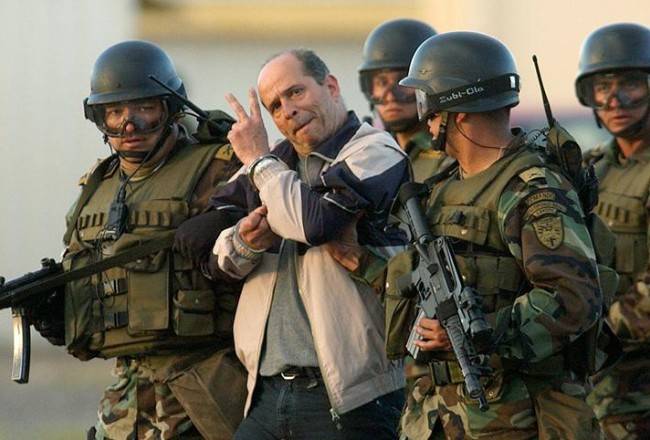 Political reasons impelled Colombian President Alvaro Uribe to engineer the extradition of political prisoner Simón Trinidad to the United States on December 31, 2004. There, so it was thought, he would serve as an object lesson for other leaders of the Revolutionary Armed Forces of Colombia (FARC – EP). But twelve years later, on November 30, 2016, Colombia’s Congress ratified a peace agreement between the FARC-EP and the Colombian government.

Nevertheless, Trinidad remains in a Colorado maximum security prison, serving a 60 – year sentence. Over the course of four years of talks, FARC representatives repeatedly demanded that Trinidad be allowed to join their negotiating team in Havana. Even in the waning days of his term, after the conflict had ended, President Obama refused to pardon Simón Trinidad.The Colombian Congress prepared the way recently for thousands of other imprisoned FARC combatants and other political prisoners to be amnestied and freed. Simón Trinidad won’t be one of them.

Denver lawyer Mark Burton is Trinidad’s U. S. attorney. He recently responded to questions sent via email regarding his client’s situation. Background information appearing below may serve to introduce Burton’s comments. Simón Trinidad’s father, a lawyer and big landowner, was a Colombian senator; Trinidad’s maternal grandfather was governor of Santander department. Trinidad himself worked for a state-owned agricultural bank, managed another bank, and taught economics in a university.  After leaving Valledupar for a rebel encampment in 1987 at age 37 – old for a novice guerrilla – he would be known as Simón Trinidad, no longer as Ricardo Palmera, his birth name.

For the FARC-EP, he was a negotiator, political education specialist, financial adviser, and representative abroad.Local police with CIA assistance seized Trinidad in Quito, Ecuador in 2004. He had been there to contact a United Nations official to negotiate the release of FARC prisoners.  After extradition to Colombia, U.S. authorities transported him to Washington.  The U. S. government tried him four times between 2006 and 2008

Trinidad scored a hung jury in the first trial; charges that he was a terrorist and drug trafficker were dismissed. At a second trial he was convicted for allegedly having conspired to kidnap three U.S. intelligence contractors in 2003 after FARC gunfire had brought their plane down. Trinidad received the maximum sentence; 20 years for each kidnapped contractor. Prosecutors were unable to have him convicted at his third and fourth trials on drug-trafficking charges, which the government eventually dropped.

Trinidad was far removed from the scene when the kidnapping occurred. Prosecutors presented no evidence indicating direct or indirect involvement. In prison, Trinidad has lived in solitary confinement for at least 12 years. Prison officials severely restrict telephone calls, correspondence, and visits from family or friends.

President Obama never pardoned Simón Trinidad. What prospects are there for his eventual freedom?

MB: It was a huge disappointment that President Obama did not grant clemency to Simón Trinidad. The waters are not very clear right now, but the first comments from the Trump administration don’t give much hope that this administration will be very sympathetic to the Colombian Peace Process.  This does not mean that we are not going to keep organizing and advocating for the release of Simón, however.  His incarceration is very unjust and his release is of the utmost importance.  The Colombian Peace Process and Colombian society at large can only be strengthened with the presence of Simón Trinidad in Colombia.  The movement for his release will continue with added vigor.

What should people or organizations do by way of agitating for his release?

MB: On Facebook there is a page called “Support the Colombian Peace Process, Free Simon Trinidad.”    There is also the website www.freericardopalmera.org.  On these internet sites there are updates to the campaign for Simón Trinidad’s release and also calls for action; White House call-ins, demonstrations, etc.  There will be increased activity due to the intransigence of the US authorities, so one should follow these websites for future action.  We are planning on organizing speaking tours of the country to raise the profile of Simón Trinidad’s campaign so please watch for details

I think that it is important that Simón Trinidad’s case be taken up by peace and justice groups, churches, and union halls all around the country.  The above internet sites can offer information and support for any organization that would like to hold an event, or simply receive more information. I believe that it is of the upmost importance that the case of Simón Trinidad appears in the press and popular media as much as possible.  It is important that his name is known far and wide, so that more and more people understand the importance of his case.

If he returned to Colombia, would he be tried and/or imprisoned there?

MB: Simón has more than 40 open cases in Colombia.  One of his greatest wishes is to be in Colombia to face the charges against him.  Most of the cases allege that Simón, as a member of the Secretariat or the General Staff, ordered criminal acts to be committed by others.  These cases claim that Simón is the intellectual author of many crimes based on his high position in the FARC-EP.  These charges are completely farcical as Simón has never been a member of the General Staff or the Secretariat and the charges are false.  These cases are what is a called a montaje judicial in Spanish, or a frame up in English.  He has been acquitted on 4 or so of these cases since I first knew him.  We are confident that the many of these cases will be dismissed or that he will be acquitted.All accusations made against Simón are based on his reported activities as a member of the FARC-EP. He would therefore qualify to have his cases reviewed by the new Special Peace Jurisdiction.  His cases will have a special kind of treatment under the new peace legislation and he should not be kept in custody when he is returned to Colombia.

Why did the US president not act to send him back to Colombia?

MB: I am not privy to the decision-making processes of the US government.  But one of the main factors, I imagine, is the resistance of the Department of Justice to the release of Simón Trinidad.  This is the division of the US government that prosecuted him.  They are often very strongly opposed to the release of political prisoners.  The Department of Justice also claims to represent the interest of the “victims” in this case.  That is to say: the three contractors for the Pentagon. They were involved in Colombia’s internal conflict by videotaping FARC positions in the countryside and sending these videos to the US military at the U. S. Southern Command.  Also it is not clear what actions the Colombian government took to facilitate his release and if there was any diplomatic pressure applied for his release.

What did the Colombian government do or not do to push for his release?

Established circles in Colombia seem to harbor special animosity against Simón Trinidad. There are stories that he abandoned his family and took money from the bank where he worked. Did such accusations poison the atmosphere against him?MB: It is my personal belief there may be some special animosity towards Simón in certain sectors of Colombian society due to the issue of social class.  I have seen no evidence that Simón Trinidad diverted any funds from his bank to the FARC and I don’t believe that the Colombian ruling circles are that upset about allegations of the theft of money.  I believe this hostility is class-based.

Simón Trinidad came from a prominent family in César.  His father was a senator of the republic.  Simón Trinidad went to exclusive schools and universities in Bogota.  He became the manager of a bank in Valledupar, César.  He was considered to belong to the upper classes in that part of the country.  He always had social concerns, however.  When he worked for an agricultural bank and dealt with the peasantry in César, he became concerned about the plight of the rural poor.When Simón Trinidad joined a clandestine, revolutionary organization he was considered a class traitor.  I believe that certain sectors of Colombian society were enraged by the fact that someone from the upper classes actually rebelled against the rule of the oligarchy in Colombia.  This may explain the special hostility, and bad treatment, that he has received from certain sectors of the Colombian establishment

How is Trinidad being treated in prison? What contacts does he have with the outside world?

MB: Simon was in absolute solitary confinement for 13 years – with very little human contact.  Just recently he has been allowed to have some limited interaction with a few other prisoners and this is an improvement.  He still cannot have contact with anyone outside the prison other than his immediate family and his attorney, however.  He is allowed four 15 minute calls a month with his family and that’s it. His conditions are still very restrictive and cruel.  His attorney and his family members who have contact with him have to sign something called a SAM, or Special Administrative Measure, promising not to send or receive any messages from Simón Trinidad to any third party.  He is effectively sealed off from the outside world.

What are your impressions of Simón Trinidad as a person?

MB: I greatly admire Simón Trinidad.  The first time I went to meet him in the prison I expected to meet someone who was demoralized by his suffering due to being incarcerated for years in solitary confinement.  Simón Trinidad is anything but defeated or demoralized.  .When I first saw him he was standing up in the small room where I meet with him, he had a big smile on his face and greeted me very cordially and we had a wonderful conversation.  Simón Trinidad is truly the Hombre de Hierro (“Man of Steel”), the name given him by his famous biography [by Jorge Enrique Botero], as he will not let the conditions he lives under defeat him or his ideals.

He is a person who is extremely intelligent and analytical, and can dissect an issue with razor-like precision. Simón Trinidad is a very studious person who tries to read as much as he can – given his conditions – and to learn about current events in Colombia and the world.  He also has a very good sense of humor and likes a good joke.  One of his most admirable qualities is that he is very compassionate. Simón has a sense of compassion for working and poor people, and also for people that he knows.

What’s now standing in the way of implementation of the peace agreement?

MB: The principal problem interfering with the implementation of the peace process is Colombian government inaction.  The most worrisome is the Colombian government’s reluctance to act against para-militarism.   Assassinations of social leaders continue without a strong reaction from the government.  In order to have peace, the opposition must have guarantees for their safety and the Colombian government must follow through on their promise to battle para-militarism.There also seems to be resistance from sectors within the government to implementing the peace process.  For example, very few of the special peace jurisdiction courts are up and running.  It appears that there is some sabotage of, or at the very least government inertia to follow through on, the commitments of the peace accord.

What’s going to happen to the political prisoners in Colombia following the peace agreement?

MB: The political prisoners should be released and allowed to participate in the special peace jurisdiction.  Prisoners accused of only political crimes should be granted amnesty.  Those who are accused of international crimes (as recognized by the International Criminal Court) will submit to the special peace jurisdiction.  This process is of the utmost importance to the success of the peace accord. 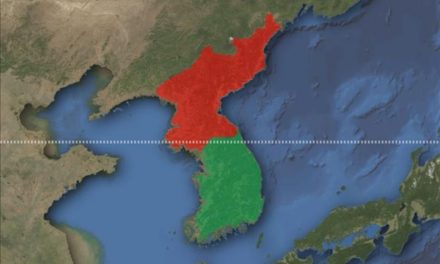