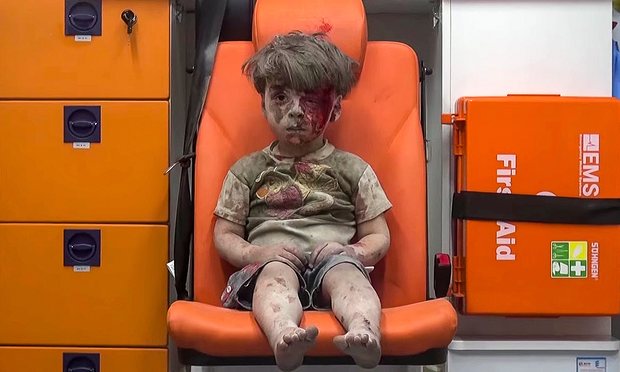 The actual character of the war on Syria involves the great powers using the most reactionary forces in the region to destroy yet another independent state.

Within days of appealing for humanitarian help to global audiences, through a picture of injured4 year old boy Omran Daqneesh, the very same group of ‘jihadists’ in Aleppo were publicly cutting the throat of 10 year oldPalestinian boy Abdallah Issa.

The western-backed armed gangs tried to blame Syrian and Russian air raids for Omran’s injuries. However Russian Defense Ministry spokesman Igor Konashenkov said the Russian air force “never work on targets within residential areas … [especially not in] al-Qaterji, mentioned by the Western media, as it is adjacent to the exit corridors for locals which were opened in theframework of the Russian humanitarian mission.” Western media ignored the statement.

This is today’s ‘humanitarian war’ and its propaganda. Sectarian mercenaries commit a series of horrific crimes, publicly boast about them, then blame Syrian forces either for those same crimes or for attacking ‘civilians.’ There is no accountability for partisanship and repeated fabrications because of the close links the terrorists enjoy with their sponsor states and embedded media channels, such as al Jazeera and CNN.

The images of little Omran, put out by jihadist support groups, gained widespread attention from the western media, which has backed the sectarian gangs through more than five years of brutal terrorist war. On the other hand, video of the murder of little Abdallah was largely ignored, or scorned with claims that the boy was really 18 years old, or a spy for the pro-Syria Palestinian militia Liwa al-Quds.

The child throat cutters were from a U.S.-armed group Noureddin al Zinki, mostly based in East Aleppo and now under siege from Syrian forces. The U.S. State Department claimed it was considering a ‘pause’ in its support for al-Zinki, pendingconfirmation of the story.

The principal photographer of Omran was Mahmoud Rslan, according to his social media posts a close friend and admirer of al-Zinki, a self-described ‘media activist’ and member of the U.S.-funded Aleppo Media Centre.Rslan told U.S. media that U.S. and U.K. funded group ‘The White Helmets’ carried out the rescue of Omran, adding that ‘the tears started to drop as I took the photo’. There is no record of whether he cried when his close friends murdered little Abdallah.

The White Helmets have presented themselves as heroes of the war on Syria, as independent and humanitarian medical rescue workers. In fact, as writer Vanessa Beeleyandfilm-maker Steve Ezzedine have pointed out, the group is closely linked to Jabhat al Nusra, and has participated in sectarian rallies and executions. While the group denies receiving government funds, the U.K. and U.S. government have admitted paying it tens of millions of dollars.Soon after Rslan’s links to al-Zinki were exposed he removed the pictures of the terrorist group’s flag and ‘martyrs’ from the banner of his Facebook page (now offline).

But screen shots of his page show him calling dead al Zinki fighters “martyrs of free information in Aleppo,” while showing pictures of his own “beautiful moments … [with] the frontline heroes who are rolling back Assad.” Apart from the ‘viral’ photo of Omran, video scenes of the supposed rescue were posted online by the Aleppo Media Centre.What is the Aleppo Media Centre (AMC) and who are these ‘media activists’? According to the shadowy, Washington-based ‘Syrian Expatriates Organization’, it has coordinated and provided technical and financial aid to the AMC since October 2012.

The SEO, in turn, receives hundreds of thousands of dollars in donations from un-named sources. In its 2014 annual report the SEO lists its main areas of humanitarian and development work as Raqqa, Moaddamia, Idlib and Douma: areas dominated by ISIS, al Nusra and other sectarian killers.Like many other U.S.-created front groups (The Syrian Campaign, the White Helmets), the SEO is committed to the overthrow of the Syrian Government. That also happens to be the aim of the U.S. Government and its longer standing periphery of ’embedded’ NGOs, such as Human Rights Watch and Amnesty International (USA).

Petitions from academics and Nobel Prize winners have condemned the ‘revolving door’ for officials who move to and from these groups to the US State Department. Indeed it is notable that the main advocates of this style of ‘humanitarian’ proxy war, as practised against Libya and Syria, come from the ‘liberal’ side of western politics.

That is why we see the New York Times and the UK Guardian in the front line of war propaganda against Syria.Humanitarian intervention also seems to appeal to Amnesty International, which in 1990 backed the false pretexts for thefirst Gulf War, then supported the false pretexts for NATO’s2011 bombing of Libya. In 2012 the group praised NATO’s ten -year occupation of Afghanistan, with the claim that it wasadvancing women’s rights. In Syria, Amnesty has consistentlymisrepresented the proxy war.

Nevertheless, we must admit that the war propaganda of Washington and its allies, designed to confuse and deflect attention from the horrendous crimes of their own proxy armies, has been quite successful. The myths of a ‘civil war’, of ‘moderate rebels’ and of a Syrian Army doing nothing but ‘targeting civilians’ persist. This is despite open admissions from the most senior of U.S. officials that they and their close allies (mainly the Saudis, Turkey and Qatar) have funded every single terrorist group in Syria, specifically to overthrow the government led by President Bashar al Assad. That is not too complicated. Yet admissions and evidence have little to do with the wartime narrative.

The actual character of the war on Syria involves the great powers using the most reactionary forces in the region (sectarian mercenaries, drawing on Saudi-wahhabi ideology) to destroy yet another independent state.

In reality there has really only been one war in the Middle East over the past 15 years. This new ‘great game’ was unleashed by the Bush regime in 2001, trampling Afghanistan and Iraq, stalking Iran, including Israel’s failure to crush Hezbollah and Obama’s destruction of little Libya.

Yet with the growth of the Syrian alliance this great game has hit a wall. A realignment of forces in the region means the plan is set to unravel.

Tim Anderson, an Australian academic, is author of The Dirty War on Syria. 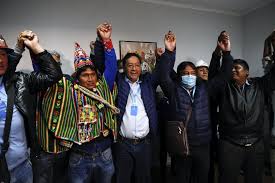