Ouagadougou, Burkina Faso Â The U.S. military is expanding its secret intelligence operations across Africa, establishing a network of small air bases to spy on terrorist hideouts from the fringes of the Sahara to jungle terrain along the equator, according to documents and people involved in the project.

At the heart of the surveillance operations are small, unarmed turboprop aircraft disguised as private planes. Equipped with hidden sensors that can record full-motion video, track infrared heat patterns, and vacuum up radio and cellphone signals, the planes refuel on isolated airstrips favored by African bush pilots, extending their effective flight range by thousands of miles.

About a dozen air bases have been established in Africa since 2007, according to a former senior U.S. commander involved in setting up the network. Most are small operations run out of secluded hangars at African military bases or civilian airports.

The nature and extent of the missions, as well as many of the bases being used, have not been previously reported but are partially documented in public Defense Department contracts. The operations have intensified in recent months, part of a growing shadow war against al-Qaeda affiliates and other militant groups.

The surveillance is overseen by U.S. Special Operations forces but relies heavily on private military contractors and support from African troops. The surveillance underscores how Special Operations forces, which have played an outsize role in the Obama administration’s national security strategy, are working clandestinely all over the globe, not just in war zones. The lightly equipped commando units train foreign security forces and perform aid missions, but they also include teams dedicated to tracking and killing terrorism suspects.

The establishment of the Africa missions also highlights the ways in which Special Operations forces are blurring the lines that govern the secret world of intelligence, moving aggressively into spheres once reserved for the CIA. The CIA has expanded its counterterrorism and intelligence-gathering operations in Africa, but its manpower and resources pale in comparison with those of the military. U.S. officials said the African surveillance operations are necessary to track terrorist groups that have taken root in failed states on the continent and threaten to destabilize neighboring countries.

A hub for secret network

A key hub of the U.S. spying network can be found in Ouagadougou (WAH-gah-DOO-goo), the flat, sunbaked capital of Burkina Faso, one of the most impoverished countries in Africa. Under a classified surveillance program code-named Creek Sand, dozens of U.S. personnel and contractors have come to Ouagadougou in recent years to establish a small air base on the military side of the international airport.

The unarmed U.S. spy planes fly hundreds of miles north to Mali, Mauritania and the Sahara, where they search for fighters from al-Qaeda in the Islamic Maghreb, a regional network that kidnaps Westerners for ransom. 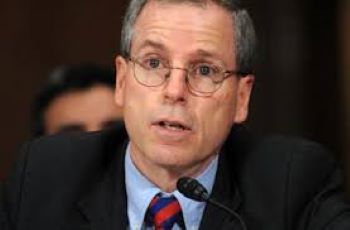