Libertarian U.S. Sen. Rand Paul (R-KY) declared from the Senate floor last week in anticipation of the vote on the National Defense Authorization Act (NDAA) of 2018:

“I rise today to oppose unauthorized, undeclared and unconstitutional war…What we have today is basically unlimited war, anywhere, anytime, any place upon the globe.”

With these words, Paul became one of the few voices to oppose the obscenity that is known as U.S. war policy. But only two other senators joined him: Bernie Sanders (I-VT) and Ron Wyden (D-OR). But there is a wrinkle here: Paul is not concerned with the size of the military budget. He’s pointing his finger at the continuation of the Authorization to Use Military Force Act (AUMF) of 2001, which was the “legal” basis for the U.S. global “war on terror.” He wants Congress to re-assess this legislation that has prompted endless wars abroad.

After Paul’s amendment to the NDAA was defeated, the Senate went on to approve it with a vote of 89-9 in what the New York Times correctly identified as a bi-partisan effort , to authorize a military budget of $696 billion—an increase in the military budget of almost $75 billion and well over the $54 billion that Pres. Donald Trump had originally proposed.

The very next day, Trump appeared before the United Nations and threatened to destroy North Korea, subvert Venezuela, and undermine the nuclear agreement with Iran, which could lead to military conflict with that nation.

Obscuring the Bi-Partisan Defense of Empire

Nothing rehabilitates an unpopular president in capitalist “America” like war. In fact, the only sustained negative press that Barack Obama received was when he seemed reluctant to fully immerse the United States in direct efforts to cause regime change in Syria by attacking that nation and committing to significant “boots on the ground.” For the Neo-cons and liberal interventionists driving U.S. policy, allowing U.S. vassal states to take the lead in waging war in that country was an unnecessary and inefficient burden on those states.

on the war issue, the only let-up in the constant barrage of negative press that Trump experienced was when he launched an attack on Syria, demonstrating once again that a consensus exists among the oligarchy on what instrument will be used to ensure their continued global dominance.

With the escalating decline in U.S. influence from the Bush administration through Obama and now to Trump, U.S. global dominance increasingly depends on its ability to project military power. Obama’s “pivot to Asia,” the veritable rampage by the United States through West Asia and North Africa since 2003, the expansion of AFRICOM to offset Chinese influence in Africa, the commitment to a permanent military occupation of Afghanistan to facilitate blocking China’s New Silk Road and to exploit Afghan mineral wealth, all attest to the importance of continued popular support for the permanent war agenda.

Therefore, the state is vulnerable because it has to generate public support for its war agenda and that provides the domestic anti-war and anti-imperialist opposition with a strategic opportunity.

The abysmal levels of popular support for Congress reflect a serious crisis of legitimacy. That erosion of confidence in Congress must be extended to a critical stance on congressional expenditures related to the Pentagon budget and the rationalization for military/security spending. An ideological opening exists for reframing military spending and the war agenda for what it is: An agenda for the protection of the interests of the 1 percent. And for disrupting the acceptance of patriotic pride in U.S. military adventures beyond the borders of the country.

The current work on the part of the United National Antiwar Coalition to encourage concentrated public educational work on Afghanistan in October, the new coalition to oppose U.S foreign military bases , and CODEPINK’s military divestment campaign being launched in October are just some of the efforts being organized to take advantage of the moment.

The Black Alliance for Peace (BAP) is part of all of these efforts. As an alliance that is opposed to war, repression and imperialism, BAP believes that the current environment provides an opportunity to make the connections between opposition to the domestic military force in the form of the police and opposition to the war making regime of the U.S. state.

“The abysmal levels of popular support for Congress reflect a serious crisis of legitimacy.”

But we are under no illusions regarding the difficulties of the moment. The effective manipulation of public consciousness emerging from the carefully constructed War on Terror, and the domestic blowback from the cultivation and support of the very same forces that the United States pretends to be opposed to has helped to condition the public to accept state repression and violence as the rational response to threats.

Fear coupled with racism and a profound ignorance of the world and the criminal activity of the United States to advance the interests of the corporate and financial elite, has resulted in majority core support for militarism and even war. Here’s an example: As a result of the constant propaganda about North Korea, 58 percent of the public now supports bombing that country even though a majority of Americans have no knowledge of the issues that led to the Korean War.

Opposition to Trump has been framed in ways that supports the agenda of the Democratic Party—but not the anti-war agenda. Therefore, anti-Trumpism does not include a position against war and U.S. imperialism.

When the Trump administration proposed what many saw as an obscene request for an additional $54 billion in military spending, we witnessed a momentary negative response from some liberal Democrats. The thinking was that this could be highlighted as yet another one of the supposedly demonic moves by the administration and it was added to the talking points for the Democrats. That was until 117 Democrats voted with Republicans in the House —including a majority of the Congressional Black Caucus—to not only accept the administration’s proposal, but to exceed it by $18 billion. By that point, the Democrats went silent on the issue.

The progressive community and what passes for the Left was not that much better. When those forces were not allowing their attention to be diverted into re-defining opposition to White supremacy in the form of the easy opposition to the clownish, marginal neo-Nazi forces, they were debating the violence of Antifa. And since hypocrisy has been able to reconcile itself with liberalism, they didn’t see that their concerns with the violence of Antifa was in conflict with their support for violent interventions by the U.S. state in places like Libya and Syria. So for that sector, since war and violence had been normalized unless it is carried out by unauthorized forces like oppressed peoples, Antifa forces and nations in the crosshairs of U.S. imperialism—it is opposed. Why bother with the issues of war and militarism. And so the anti-war and anti-imperialist position was not included as part of anti-Trumpism!

The Democrat’s are playing games with the people by pretending they are going to block increases in military spending during the appropriation stage of the process. And their criticisms of Trump’s bellicosity and claims that he is reckless also are disingenuous because if they thought he was militarily reckless, they wouldn’t have joined Republicans in supporting increased military spending.

And to maintain the empire, they are prepared to fight to the last drop of our blood. But we have a surprise for them. 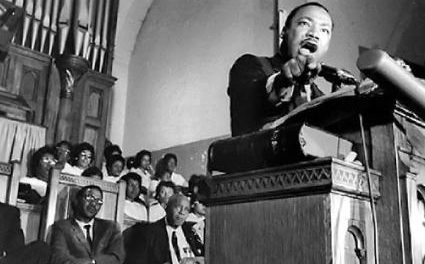