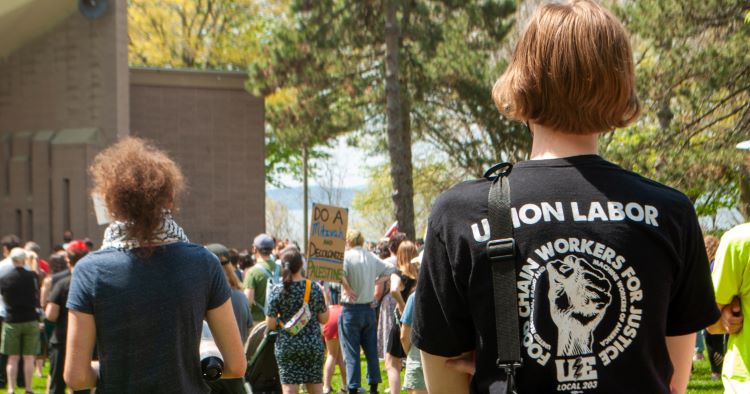 UE joins unions from around the world, including the National Union of Metalworkers of South Africa, the Italian metalworkers’ union FIOM, and the French labor federation CGT, in condemning the most recent violent Israeli attacks on the people of Palestine.

The current crisis has its roots in the ongoing effort of the Israeli government to evict Palestinians from their homes in occupied East Jerusalem and the West Bank in order to make way for Israeli settlers, a policy which amounts to ethnic cleansing. The current escalation of violence was sparked when Israeli police cracked down violently on Palestinians who were justifiably protesting the eviction of six families in the Sheikh Jarrah neighborhood in East Jerusalem.

In the ensuing week, the Israeli armed forces have killed over 100 people, injured close to a thousand, and destroyed more than 200 Palestinian homes and 24 schools in Gaza. While some Palestinians have attempted to respond with the limited weapons that they have, the overwhelming force possessed by the Israeli military puts the responsibility of ending the conflict squarely on the Israeli government.

We call on the Biden administration to insist that Israel end its current armed offensive against the Palestinian people. The U.S. supplies Israel with almost $4 billion in military aid every year, making our government complicit in the current attacks and responsible for doing its part to end the conflict.

We reiterate our support for the Boycott, Divestment and Sanctions (BDS), initiated by Palestinian trade unions and civil society organizations, to pressure Israel to end its apartheid rule over the Palestinians. The movement is modeled after the 1980’s international solidarity campaign that put economic pressure on South Africa’s government and helped end apartheid. We also call on the Biden administration to immediately walk back the deliberate provocations of the Trump administration, such as the recognition of Jerusalem as the capital of Israel.

To secure peace and stability in the Middle East, our government must end military aid to Israel and pressure Israel to end the occupation of the West Bank and East Jerusalem and the siege of Gaza. Only a peace agreement negotiated on the basis of equality, democracy, and human rights for the Palestinian and Israeli people, including Palestinian self-determination and the right of return for refugees, can solve this ongoing conflict.

The current conflict in Palestine, and the silence of much of the U.S. trade union movement, demonstrates yet again the importance of labor having an independent voice on foreign policy. In the mid-20th century, the AFL and CIO relinquished their right to criticize U.S. foreign policy. This allowed U.S. military intervention to transform many parts of the world into low-wage havens for U.S. capital, with the end result that much of our manufacturing base was moved overseas, decimating the U.S. labor movement. More recently, in pursuit of empire and control of natural resources, the U.S. wars in Afghanistan and Iraq have cost our nation billions of dollars and the lives of thousands of our young soldiers, while producing only more extremism, more war, more instability, and more danger.

Furthermore, the silence of U.S. labor on questions of foreign policy is a barrier to the international solidarity that is necessary to take on global capital. If U.S. unions are seen as tools of the U.S. government when U.S. foreign policy hurts working people abroad, how can we expect workers and unions in other parts of the world to stand in solidarity with our struggles?

President Biden’s announcement that he intends to withdraw U.S. troops from Afghanistan, where they have been for close to two decades, is welcome. However, replacing U.S. troops with mercenaries paid for by U.S. tax dollars, or continued U.S. military attacks on targets in Afghanistan from outside the country’s borders, will not bring stability or peace to the region.

Our nation must learn from our long and costly mistakes in Iraq and Afghanistan, and our ongoing military aid to Israel, that military responses to long-standing political and social problems almost always escalate violence and exacerbate problems rather than solving them. Working people need and deserve, instead, a foreign policy based on diplomacy, peace, and international solidarity.

Wisconsin: the End of Obamaism 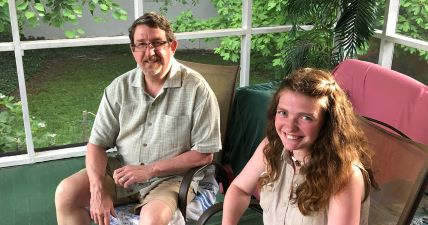